$10k Everyday App is a new binary trading option software. The application was launched in the festive season to make you think that you will make tones of money to celebrate the season in style. Don’t be lured to give in to the foolishness of this system. It is all crap.

The alleged CEO being in other scam videos make it even more non-sensical. He is in Cash Club and Altronix scams which are all over the internet, exposed of how they wanted to steal from newbies. This is enough reason not to believe the video. Would you believe a guy who is associated with other scams? Of course not at all.

The video presentation has so much said in so many words. Why? The alleged CEO wants to catch your attention and make you deposit your hard earned cash.

You are welcome by a false count down. The CEO says that once the spots are full you will not have another opportunity of joining the millionaires club. This is an old trick, used to make you sign up quickly. Don’t be convinced, once the number counts to one it sticks there and the fake CEO still continues with his long sentences as to why you must sign up. Don’t be persuaded. 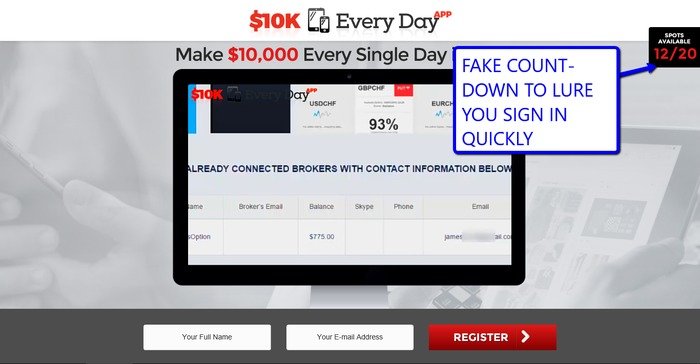 You are also told that the system is free. You don’t have to pay anything to use it. It is totally free. Do you believe this guy? No you don’t. He is contradicting himself. He says that the system is free of charge, but again says that the first people are the only ones to get it for free. Don’t dare work with such a confused guy, you won’t even know how your deposited money disappears.

MrRichard is bragging to have revealed the secret of making $10,000 each day to 28 people in the world. He is assuring you that you will be among the people with the secret and be financially free at last. He is luring you. See the bigger picture, he wants to make the scammers behind the scenes richer and you poorer. Don’t tread on his tracks. You will end up being poor.

You are guaranteed a total profit of $10,000 each single day for the rest of your life from an initial deposit of $250. Where on earth is this possible? So unrealistic. We are sure you don’t want to associate yourself with this unreal man.

Banks is telling you that it is easy to use the system for it needs no experience nor knowledge. Just start using it and you will reap big. This is nowhere close to the truth. You need some knowledge to at least get the most out of the bot system, otherwise you won’t know what you are doing with the application.

Imagine a scenario where you make money by literally doing nothing. You want to know why? Because Richard Banks the alleged CEO is saying that the software is 100% automatic. Making money at no cost or effort. This is impossible. Bots normally require supervision to make it work out for you.

It is totally impossible to make $10,000 in a single day. Especially when using bot system. The alleged CEO is trying to tell us that you will be winning all the time when using the application he personally designed. This is so unrealistic. He goes on and adds that a deposit of $250 will make you all that money. 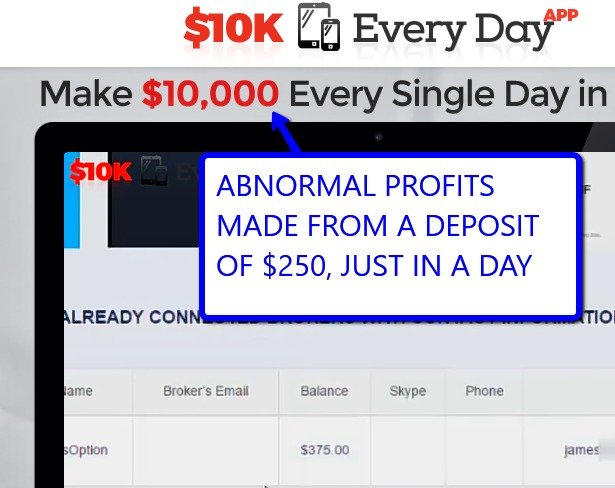 Bot system is a business like any other. It is prone to profits and loses. However, what the fake CEO is telling us is that you will always win with this system which is a big lie.

The system can’t be free of charge, it is supervised by people who need salaries. Again the computer systems heavily depend on infrastructure such as the internet, computers and electricity to mention just a few. All these need money to run, then the CEO is telling us that you get the system for free? Makes no sense at all. As a matter of fact all he wants is to convince you deposit and vanish with your money for that is his biggest goal. 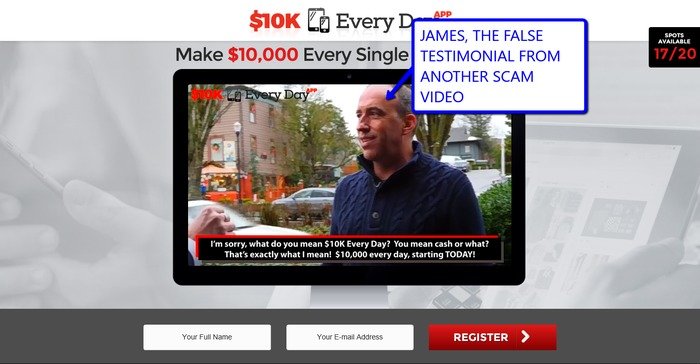 At the start of the video presentation we are introduced to a random man, named James seen in another scam called Millionaire Dream. He is not a random guy, he is a part of the bigger circle of actors paid to lie that the application is real which is not the case.

We also see other hired actors just to spread word about the software. Don’t be lured. Stay away and be safe and financially free.

Who is Richard Banks name? 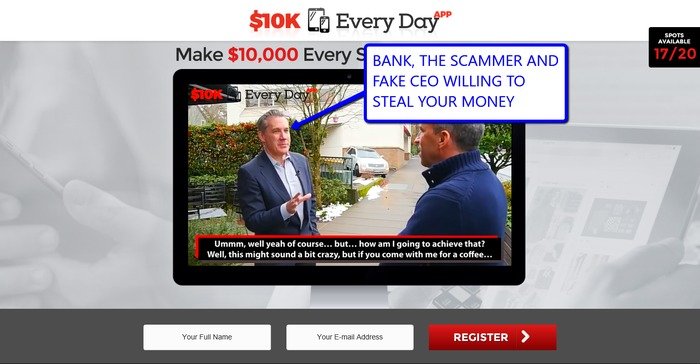 Richard Banks is a self proclaimed CEO. We say so because he is a nonexistent character. You see the guy is an actor who has several scams to his name like Altronix and Cash Club. He is trying his luck wherever he can to make a buck. So when he tells you that he has worked on a bot he means he has worked on a scheme.

Form the conclusive review above, it is clear that the intentions of the CEO is to do away with your money and leave you penniless. Be warned and remain safe from this scam and The Tesler App, Sowelstace Financial and HFT Finance.

Verdict:$10k Everyday App is a Scam meant to steal your money