I have to warn   you and anyone else reading this  review  that Brooks Blueprint by a guy called Steven Brooks is a lethal scam that is spreading like fire and must be exposed before it causes more harm. In my Brooks Blueprint review, I have discussed important pieces of evidence that I have found in this trading app and new traders and investors must exercise caution before thinking of investing in it. Before going gaga with joy and salivating at the prospects of banking zero effort income, I highly suggest you to read my complete review of Brooks Blueprint detailing solid proof particularly those thinking of joining this evil money stealing heist

On visiting the official webpage of  Brooks Blueprint ,I was met by a ridiculous presentation by Steven Brooks, that was quite flashy in appearances and seemed to follow the same scamming practices and qualities witnessed in most of the scam services I have investigated and reviewed in the past. Fake guarantees of making millions overnight with zero effort is the primary theme behind the brooks blueprint rip-off and one of its several pieces of deceptive information for deceiving unsuspecting members of the public. 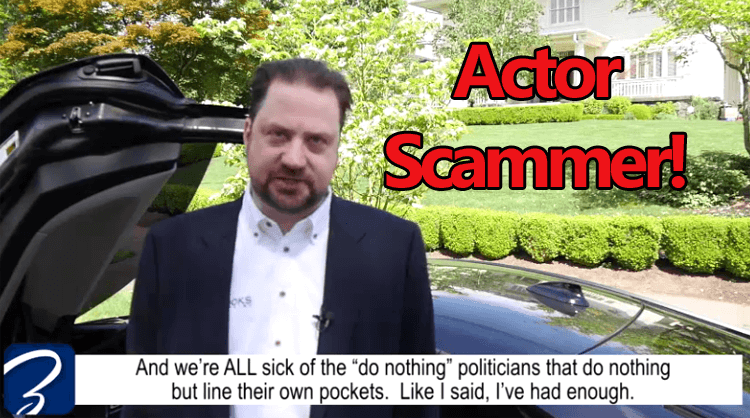 Just like other scams out there, Brooks Blueprint trading app is presented as a foolproof binary system that is incapable of losing trade whilst it spits mouth watering profits in your first month after sign up. These bogus statements are backed by misguided and farfetched claims detailing how brooks blueprint software is self improving whilst scanning trillions of bytes of financial data globally ,accurately predicting the smallest movements and patterns undetected by other trading systems. Steven Brooks ,in his smooth-talking, self-promoting ,empty-promising, , one-man-wrecking monologue opines that his system is a perfected algorithm that decides the best trading position based on previous histories, corporate info and trader sentiment for capitalizing the markets. Although Steven want us to believe his dumb trading software is hands down the best the sector has ever witnessed ,below are some damning and damaging pieces of evidence that completely harms the narratives behind the system.

First are the  shocking are the results of the so called beta testers that he introduces in his presentation. Although all of the brandish fat cheques  dated May 2016 signed by one Steven Brooks, there are severe red flags  which just can’t be over looked. Those knowledgeable with binary trading know very well that cheques come from your broker not from an auto trader as is the case with Steven brooks .Secondly how come these results were delivered in May 2016 , two months before this crap was launched?

If you are not yet convinced, then   you need to know that Brooks Blueprint system is a cloned and rehashed garbage made to look somehow different .If you`ve been  in the industry for sometime then you need to know such scam apps are set to random and their win ratios are identical to tossing a coin hopping to win a lottery. I have to say this systems have almost another thing in common. Their precise ability at targeting your pockets and that’s  the only thing they excel at

Now let’s shift our attention to this alleged owner and founder of Brooks Blueprint, Steven Brooks. This poor millionaire who claims to have worked as a lowly paid blue collar executive making around $12 per hour before  he quit to develop this dumb bot seems to have zoomed out of nowhere going by what he says. No one knows him in the binary trading world and there is zero info about him on the internet. With zero knowledge and experience in binary trading, I really wonder how he came from being a newbie to a binary options guru and master binary system developer .This just confirms that he is just a made up character paid to execute this dirty job.

Finally I have to warn you to stay away from this free bonus as there is nothing like free lunch here. This special bonus is a trick to force you sign up with this bogus app.

Conclusion From My Brooks Blueprint Review

Right from the opening of the video presentation, I have to say brooks blueprint production is a dirty scam loaded with nothing but fake claims, bogus guarantees, fabricated results, fake testimonials and a cloned system all aimed at stealing from you.

Verdict: Brooks blueprint by Steven brooks is a lousy scam