Centument Project 2.0 is a software developed by Centument Limited which isn’t even a real company. It has already been launched to replace the first version released approximately nine months ago. The free software has been made specifically to counteract the disadvantages its first version had. It is essentially developed to block the brokers who hacked it and changed its coding for their own sake and make money from the clients transactions. Centument Project 2.0 is no less a scam than the earlier version. To say the truth you will still lose money just like with the first version. 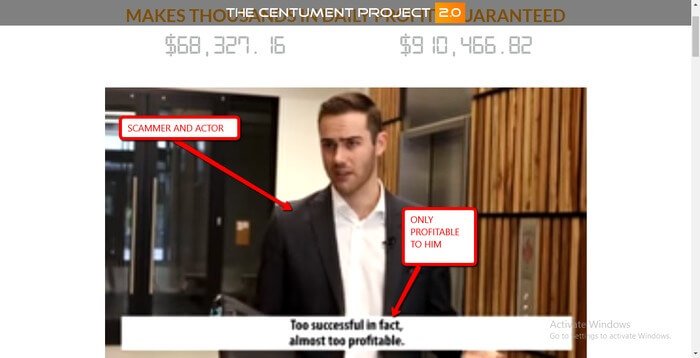 Gerald Reed the owner of Centument Project 2.0 system highly talks of his accomplishment and the tremendous work it can do within a very short span of time. The C.E.O urges people to download the software because it comes with the following benefits:

Proof that Centument Project 2.0 is a scam

Just before Gerald Reed is introduced to the presentation and talk about how rich you will become if you consider investing in Centument Limited scam system the person says that the review is controversial and will be pulled down soon. Why should it be pulled down soon if it talks about a legitimate Company? 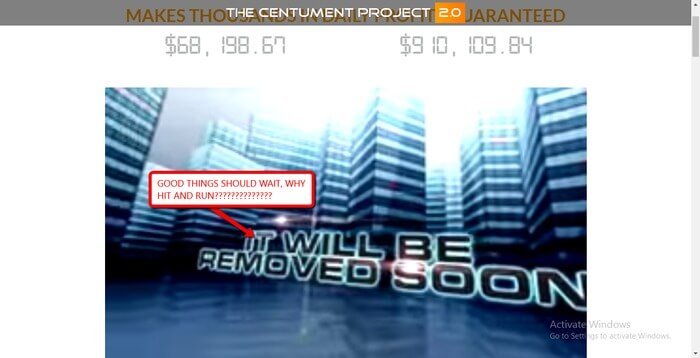 As we go through the Centument presentation we hear from Gerald that the system now has a 100% ITM rate which is a complete lie and absolutely impossible. Even the top traders in the world all lose trades sometimes. 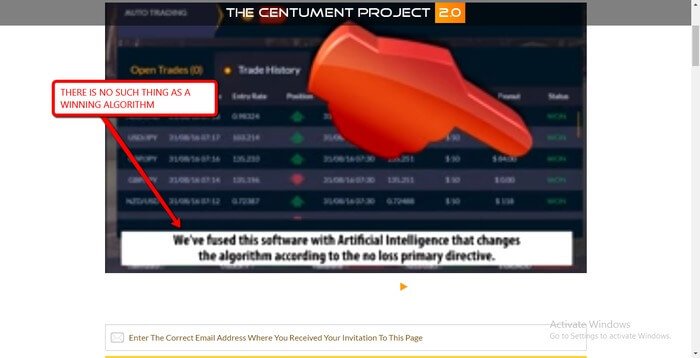 There is no contact information about the company making it impossible to communicate with them. No Facebook page, no twitter handle or any other way to get to them. This makes Gerald and his team cyber criminals for they leave no trace behind.

How does it feel to lose your hard earned money to a person on the other end of the line? A company that has no contact information, a company that uses images of other people and organisations from the internet to convince you that it is legitimate? This is what will happen if you invest your money with the Centument Scam as these scammers are just out to steal your money just like other recent scams I review – Insured Trading & Prizm Tech

Verdict: Gerald Reed is back to steal your money again with The Centument Project 2.0 Scam – AVOID!

If you are looking for something that has personally wotked for me then make sure you check out my tried and tested systems on my trusted system list. I also have a list of trusted brokers if you are just looking for a new broker account to trade your.