Don’t Get Caught! The Modern Profit Professor App Is A Vivacious Scam!!

The Modern profit professor app by a guy  with an awkwardly sound name is without doubt  a  viral and  fresh scam auto trader released in the market  and is already responsible for heavy losses amongst early investors. If you are not aware the owners have already began sending unlimited spam invitations to unsuspecting members of the public in an effort to have them deposit into their vivacious accounts. I have therefore decided to alert you in advance to let you and other day traders reading this review that you should stay clear of modern profit professor app and all its offerings. On top of that if you are one of those “special” people invited to become a fake millionaire, be sure to read  this honest and unbiased review up to the end and be safe!!

Upon visiting the official website of modern profit professor system I was met by the owner, Marco  Adess, who claimed that his successes started after landing into the USA where he met a guy called Harrison Glass, a famous wall street trader who offered him help. And it was here that he learned financial trading and invented modern profit professor. Unfortunately this story line is overcooked  and one that have seen several people complain and endure anxiety attacks after learning they have been scammed. I find  this kind of narrative quite disturbing due to the sheer  number of people who fall for this trick. So for your own sake stay away from  modern profit professor presentation if you don’t want to suffer from the same agony. Dont be fooled even for a second you will be able to make the promised amounts of money or you will be able to change your life for that matter-not with this app!!

As I dug on in my investigation, I noticed  more shady activity behind the back of this  service. So when attempting to verify whether the  alleged owner  who generated millions by trading in binary options is genuine, I found not a single piece of information to correlate with modern profit professor app or anything related to binary trading .This shocked me since no one has ever heard this moron within the binary trading community and there is no LinkedIn, Facebook or twitter profile thereby pointing  me  to the conclusion Marco is indeed  not a genuine trader and his software cant be trusted or relied on even for a minute 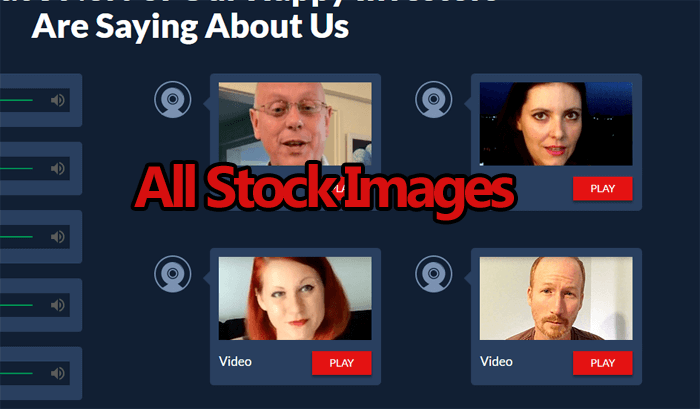 Now let’s shift our attention to this software that is supposed to help you make money the easy way. Usually the whole aim of an investor signing up to a service such as this is to make his job a lot more enjoyable and easier. Sadly the owner deliberately does not talk much about  the software and does not even care about how the software works and its quite obvious that there is nothing special about it; not with the owner`s ridiculous answer such as “” hybrid between binary options and moving average paradigm”. What a load of bullshit is this? Clearly this has nothing to do with binary options trading. He  only says this to draw your attention and  the people behind this scheme  are  in fact phony marketers  looking out to fool investors and rookie  day traders with fancy words

I have to say that I’m getting bored by the same old scripted narrative of people like  Marco Adessi  of Modern Profit Professor app, meeting with Wall Street gurus and leveraging binary trading only to become fake millionaires just like that. This lame production is a rehashed heist and scheme by scammers who have mastered these bogus story lines since they know they work very well. Sadly there is nothing legit in Modern Profit professor  and all what you will get once you fund your account  is a blocked account and financial ruins beyond repair

Hopefully you seen my review in time and didn’t get caught out by Marco and his scam team. I have reviewed 100’s of systems but have only found a handful which actually made me money. Check them out here