Every day witnesses the launch of several binary trading options trading tools, and the Optical Signal Trader (OST) is the newest in the block. Nonetheless, while some offer real deals, others like Optical Signal Trader are just a scam. Just like most other manipulative trading tools launched before it, OST proposes unrealistic promises to potential traders with the hope of luring them to invest in their bogus software. But before you invest a coin into this scam, read through this review that evaluates the trading tool and brings to light the lies presented by its developers.

This review compares the app developer’s promises regarding the efficiency of the trading tool with industry proven facts. For starters, the alleged app developer and “boss” of the Live the dream club claims that you are guaranteed $3,000 daily returns on your investments. The only condition being that you trade on the app’s auto-pilot mode. 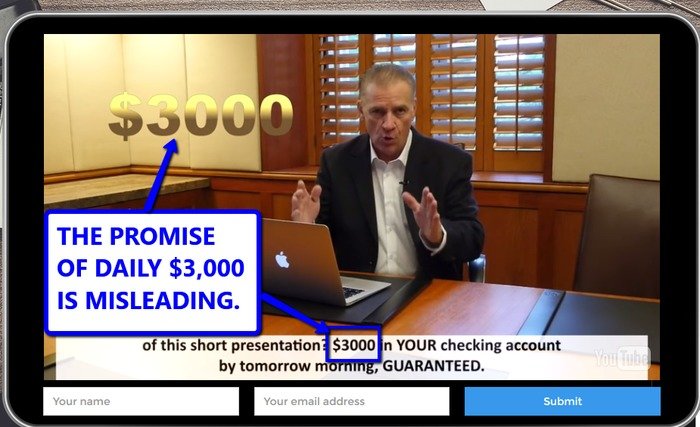 Dominic explains that his firm owns a worldwide connection of super-fast servers that are ten times faster than any other servers. Additionally, the software “developer” claims that the daily $3,000 guaranteed earning is availed the day following registration date and every morning after that. He is also bold enough to claim that the trading software is risk-free. He even fronts a carefully scripted act to show that it is “mathematically to loose even 1 cent” with an automated trading software.

However, this review seeks to explain why you shouldn’t trust a word from Dominic’s presentation video. It evaluates the above claims based on actual market trends.

Whenever you come across such a bold claim from any binary trading tool, now and in future, run. The 100% accuracy claim is the first indicator that the particular trading software is a scam. Otherwise, how could it be that even the most successful trading software from the most experienced and elite traders have only managed to operate at a constant win-rate range of between 75-80%? Therefore, when Dominic claims that his software is entirely risk-free and won’t lose you a trade worth a worst case scenario of break even, read between the lines and see it as a misrepresentation of facts. 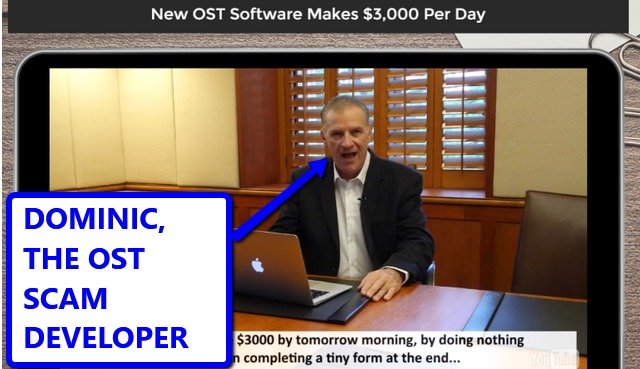 Here are two reasons why the hefty and guaranteed daily profits are unrealistic and the first indicator that Optical Signal Trader is just a fraudulent scheme. First, the app “owner” doesn’t clearly stipulate the minimum investment required to gain such bountiful profits. He is only focused on selling to you how good the idea of investing in his binary tool really sounds just to entice you into investing. The inability of any app to hit the risk-free zone further illustrates why OST is a scam.
Secondly, even if you were to entertain the “guaranteed earnings” fallacy, you will also note that Binary Options payment systems don’t allow for a 24-hour processing period. Such payments are only made from the Wall Street servers that his allegedly “super-fast” connections have no control over. This means that Dominic is either lying about having paid off traders that registered “yesterday” or he either pays them with his cash in anticipation of the payment processing.

Who is Dominic Shepherded?

Another reason why you shouldn’t trust Dominic Shepherd, the alleged “owner” of Optic Signal Trader, is because of his elusiveness. A trader with such a high-profile would have either a profile or a few mentions on prominent economy and business journals and magazines. But the only information available about ‘Dominic’ is only what he talks about himself in the OST introductory video.

Is Optic Signal Trader a Scam?

Yes, the above facts are a clear indication that the alleged performance of Optic Signal Trader doesn’t tally with the market reports, thereby making it a fraud.

Optical Signal Trader is no doubt a fraudulent and manipulative scheme in the name of a binary trading option by the software’s developers, meant to lure in innocent binary options enthusiasts across the globe and rob them. You only have pay attention to Dominic’s presentation to figure out that it is just a hard sell content meant to inspire your eagerness. But this review lays down the facts and informs you that you will not make the promised $3,000, at least not from OST. By now you should also have known that nothing in life is risk-free thus invalidating ’never lose’ claim by Optical Signal Trader.

Verdict: Optical Signal Trader software as well as its promoter, Dominic Shepherd, is a scam that should be avoided at all costs.

There are alot of scams in the market so make sure you take care and always check my Scam List to make sure it is not on the list before you join. I also have a Trusted List which contains any system that actually makes me money.