Developed and founded by Michael King and Dominic Ward regal wealth system is a serial binary scam that has blatantly plagiarized and infringed the name and the logo of a legitimate company and attempts to get a free ride by relying on their professional reputation. Fortunately I’m not that dumb and as you will notice in my review, regal wealth trading app is a deadly scam that’s packed with misleading claims, pressure tactics, misleading statements and facts

Proof of the Real wealth Scam

Before I even dive into my review let me warn you that I have already received several complaints from people who claimed to have had their accounts depleted and frozen after depositing money with regal wealth app. For those that funded their accounts before they realized they were being ripped off, their misfortunes were also compounded with ignored messages and queries for assistance. This is contrary to what is being promised by the people behind this system where they indicate that live help is available round the clock 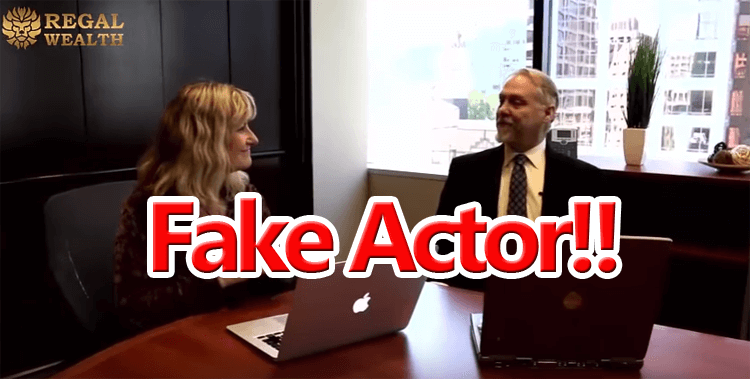 Michael King claims to be the proud owner and founder of a regal wealth system that is generously dishing away to 50 lucky users today. Right off the bat, the regal wealth firm that he claims to have doesn’t exist. I could not trace any registration or references to his firm anywhere. The only information I was able to locate in my review is that there is a legitimate company by the same name that speciliases in Hedge Funds and Financial services in real estate and Pension funds.

The alleged creator Mr. Michael king claims that his dumb regal wealth app is only available to a restricted amount of time to 50 selected users. You should be ware that this is a scam tactic used by most scammers to trick unsuspecting people into depositing thinking they `re missing out on a once in a lifetime opportunity when they `re just falling into a trap.

By claiming that you can make at least $4k daily, Michael is feeding into your imagination on the kind of money you can make monthly let alone yearly. In short this manipulative soul is practically preaching that you can be become a millionaire overnight with this hands free system. Sadly I have not heard anyone becoming a millionaire via regal wealth system. On top of that this clueless dude does not even bother to show us how his system is spitting these kinds of results. All what he does is touch buttons and then shows us the money.

On further analysis I was able to observe that the live trading results were fake or photo shopped and easy to prove. I have every reason to believe that regal wealth trading app is a hoax and a clone version of other scam services out there hell bent on stealing money from you. These results in the image above are completely fake and as you will see even though this trade is losing they are still showing it as a winner. Further, after listening and watching his entire presentation and testimonials from beta testers there is a very shocking evidence that sadly prove this system as being extremely unreliable. A quick look into Who.is on regal-wealth.co domain I noticed that it was registered on 11th May, 2016 which means there is no way the beta testers could have been trading for over a year. To me it is very clear these beta testers are all actors.

Now let me turn my focus on supposed owner of regal wealth system. If he has been this successful as he says then it should not be hard to trace his successes and information about him. Sadly no one knows about the guy and a quick search about him on the internet does not reveal anything about him. No twitter, LinkedIn or Facebook profiles about him. Don’t buy into his narrative that he used to work for a major bank in 2008 before the market crash because that story line is just stale and fabricated .This only makes me think that Michael King is a hired gun and actor whose job is to present this heinous presentation

Regal wealth is a deadly scam that you should avoid by all means. In my review I found the whole regal wealth system and auto trader as extremely unreliable, scummy , unscrupulous and outright unreliable

Verdict: Regal Wealth by Michael King is a miserable scam

If you are looking for something that has been tried and tested by myself then make sure you check out my trusted signal service list.

SHARE: Don’t forget to share this Regal Wealth Review to save others getting caught by these scammers