The video is quite convincing. The CEO is being driven in a Maybach. All this to appeal to your senses of desire, to make you feel like a mediocre and before you know it, you give away your money. This is what the scam known as Royce Code is all about. They insist that it is free but actually you need to deposit $250 to start earning. Question is, is this the real thing or are we in for another scheme that will leave innocent victims in its trail? Well let us find out.

In the video presentation Richard Royce who is the CEO of Royce Wealth Group tells us about his ten year journey. He also mentions how currently dealing with $2 billion in profits. As for the software he and his team have been working on it for almost 2 years to develop a special algorithm. The algorithm was derived from the wins and losses they have made.

Richard goes ahead to claim that he and his team have developed the world’s very first insured withdrawal system. This means that whenever you request for a withdrawal there is a bot that will move heaven and earth to ensure the money pops in your bank account within 24 hours.

Are there people who can back Richard’s claims? Of course there are and in fact they are well known faces in the binary options trading industry. What sets them apart from the rest is that they work for the scammers. The developers of the Royce Code went for the crème de la crème of actors in the scamming world. The first testimonial comes from the actor who we also saw in the Zeus scam. The second video testimonial is from a guy who acted in the very recent Obcasio scam and he was going by the name of Michael Watson.

Royce Code is a non existing entity propagated by scammers to siphon money from unsuspecting victims.

Now Richard Royce claims to have been in business for over 10 years and has been working on the Royce Code for 18 months. We went ahead to check out if the statement is true. The Royce Code domain is just a few days old as it was registered on 2016-12-02. He now claims that he needs 15 beta testers. Question is what are you testing? What were the initial testers using ten years ago? 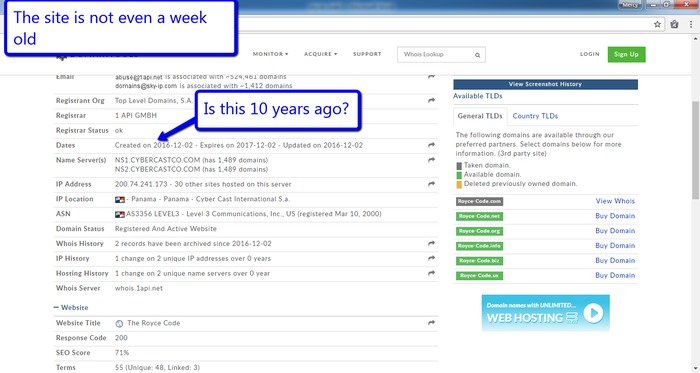 Another heads up is that you should know that there is no such thing as getting your daily profits within 24 hours. When you request a withdrawal, the minimal time period before it is in your account is five days. There is no broker not even a bot that will pay you within 24 hours. It’s all a big fat lie.

Who is Richard Royce?

Richard Royce is a fictional character made up in the minds of scammers who invented the Royce Code. Scammers never show their true identity therefore they make use of unethical actors.

The guy seems to have a thing for insurance since he also featured in another blacklisted scam by the name Insured Outcome. In that scam he was the CEO known as Oliver Breitner.

Is Royce Code a Scam?

Yes Royce Code is a huge scam. There are too many lies. The CEO is imaginary. The testimonials are from other scammers and also there is no clear explanation as to how the Royce Code system works. Surely how can you give your money to people who cannot be traced or a system that has not been tried and tested? Furthermore these guys are not registered therefore it is certain that you will be risking doing deals that are illegal.

There is legitimate binary options trading and there are clear rules as to how it is done. These rules cannot be thrown to the side but scammers try to make you think that they have a better short cut to get you rich quicker. You need experience to make it big and you definitely need more than $250 to be making thousands of dollars daily.

Verdict: Royce Code is a huge scam and it should be avoided by all means.

This dangerous scam is going to be added to my Scam List and hopefully you got this review before joining. If you are looking for something to earn money then I keep a list of the systems I have tried and tested here and I only add systems that have made me money to my Trusted System List. 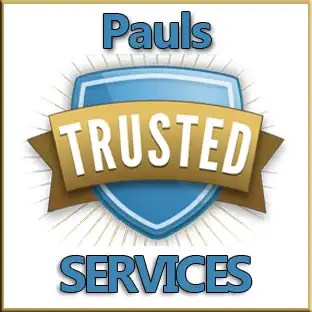 If you have any questions or need any help feel free to get in contact.