Rubix Project is here with all sorts of unrealistic promises and goals that can never be achieved in this life nor the next. The alleged owner has so much in store for you. Why? Because he is determined to steal your hard earned money. He is using all the dirty skills he knows just to have you deposit your money. Not to make you financially independent as he claims but to enrich himself. This is his get rich scheme. Don’t fall for any of his tricks or you will live a life of regrets.

The alleged CEO speaks so much about what the application will deliver once you register. How could he find so many words to tell of such an application? An application that doesn’t even exist.

The alleged owner of this system starts off by congratulating you and saying that you are lucky to be one among the few watching his scandalous video.The assumption is so blatant. So why is he calling you a lucky one? You have got the only chance to have a life changing experience. That is it. At least according to Mr. Morgan.

You are told you will be earning $12,835 on a daily basis. This is enough money to make you financially independent and start living the dream that so many admire, lucky you, Morgan has the best plan for you. Unfortunately they are just mere words, he wants you to deposit and as soon as you do so that is when you will know who is lucky. Don’t be fooled by the huge sums. Stay away and be safe.

You are promised to make profits only. Nothing less. All the days from the day you start using the application. To say the truth no bot robot can ever bring straight profits, it is man-made thus prone to making loses at times. In addition it is a business and as it is well known no business makes profits all the time.

Who is CEO Brian Morgan? 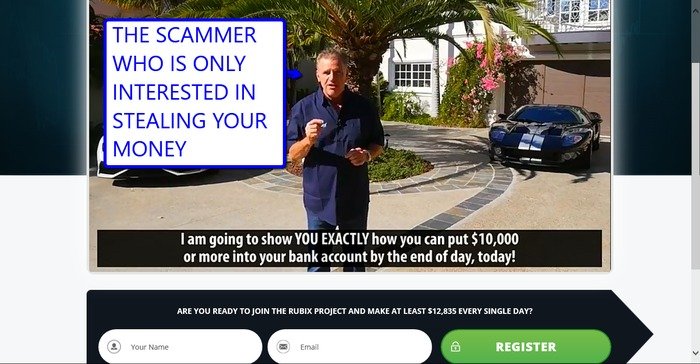 He is indeed a CEO but an alleged one. He is also the founder as he claims. He has so much information about himself but misses out giving us his contact details. He says that he was a student of mathematics then completed his Ph.D. in statistics and took the post of an assistant professor and the story continues till he founded the system. This sounds too good to be true. He is so fishy and is hiding some information from us. Would you like to know the information he is hiding? Of course you do, he is an imposter, a fake CEO and has never held the positions he stated above.

Checking on the internet we can’t find him on any social media site. He is a CEO he is the ambassador of his company and must be all over the internet and famous magazines especially when he is making others millionaires. But that is not the case because the company doesn’t even exist.

Is The Rubix Project a Scam?

Yes it is, a big one without a single unique idea. Using ideas that have been used by the previous scammers. What a shame.

Visiting the site you will encounter a fake countdown of only a single license remaining. It is expected that the single license will disappear with time but that is not the case, it is there to stay proving that it is a fake through a trick used by the scammers to make you sign up quickly. There is also a fake time countdown, also meant to make you register quickly. 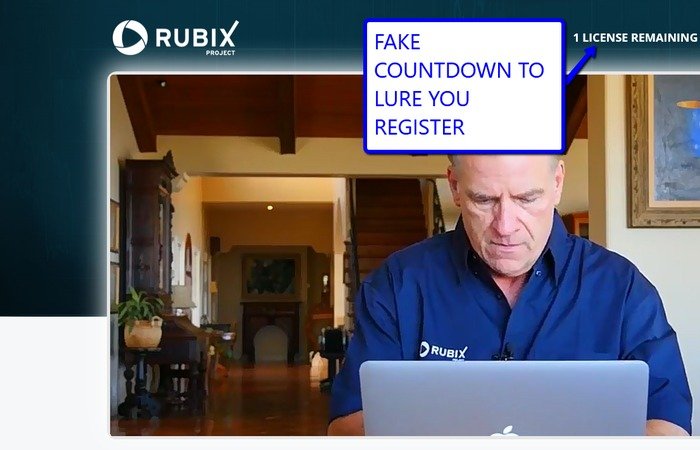 Brian is telling you that it is easy to make more than $50,000 in a week without fail. This is unrealistic and misleading. No bot robot will ever make such money for you in such a short period. He is trying to lure you to register. Don’t, and remain in peace.

“All the 90 days beta testers are reaping big. Thanks to the software.” Morgan wants us to believe this to be true which is not. These people are used to convince you to sign up. Don’t believe any of the beta testers they are also hired actors just like their CEO Mr. Brian.

Our review is enough prove that the system is bogus, fishy and fraudulent, only designed to take what you worked hard for. Stay away from the system and be safe. Investing in the application is a waste of time, energy and money.

Verdict: Rubix Project is a Scam stay away and be safe