Top 10 Profits is a scam system just recently introduced to the internet. The brain behind this scheme is one man known as Barry Riva. Barry is one of those successful guys you will never notice on the street because he and his team are busy trying to make money off of you. How can we prove this? Read the Top 10 Profits review and see how the facts are as clear as the day.

The Top 10 Profits system was recently introduced to traders by two good friends, one of them being Barry Riva and his friend Michael Silver. We are told in the presentation video that Michael used to work for Google. Barry is the one who came up with the idea of developing a software that would go through financial information and use that information to predict future market behavior and make trades based on that information.

Barry says it is a mix of going into the future while looking at the past. Well speaking about looking at the past we have done some due diligence to see if Barry is telling the truth. He claims that his software has a success rate of 87%. This of course is fabricated information and cannot happen even with auto pilot trading systems.

Top 10 Profits is simply toeing the line as set by other scams that have come before it. They promise you insane profits after a short period of time. This gets your adrenaline pumping and you are like you can actually get rich within a matter of days. This is a lie. Look at the amount of investment he asks for $250. Such an amount in the trading world cannot earn you $3, 620 per day. Even in the world as we know it the reach guys did not get millions after spending $250. It took years and work. 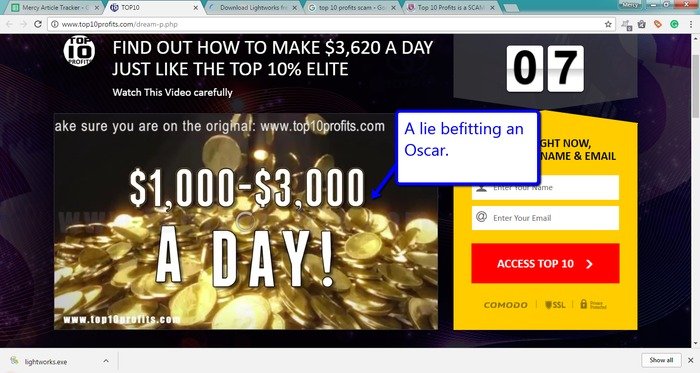 It is quite funny how Barry contradicts himself. Initially he says that this is not the kind of video whereby they ask you for $100 to show you how to make money. Everything is free and then later on he changes his statement and says you have to pay $250 as deposit. What does the word free mean?

As a trading newbie you need time to learn the ropes and that is why a dummy account is recommended. Barry and Michael are not genuine. The testimonials are also another huge joke. They simply went on to Fiverr and bought a couple of actors to lie for them. Do not be too desperate to make it online, there are people who know your struggles and pretend to offer help but instead they are helping themselves. The FaceBook testimonials are fake too since we searched there and no such people came up thanks to the limitless power of Photoshop. 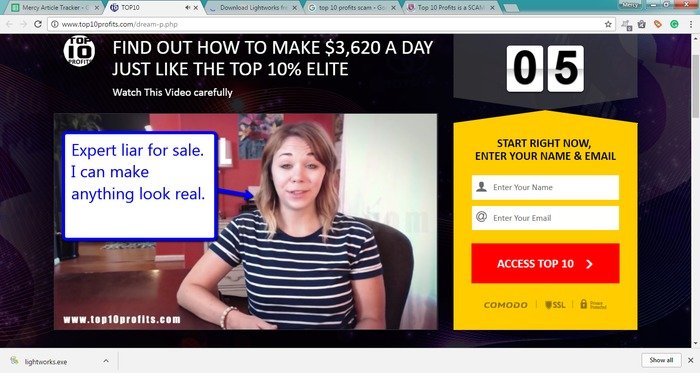 As for Michael Silver the only thing we know about him is that he is mentioned in the video. Former Google employees who have done great feats usually say so. Just go to Wikipedia and read their stories. Michael does not have any information regarding himself.

Who is Barry Riva?

To tell you the truth we were surprised just like you will be. Barry Riva is a character drawn up in a script. What about the picture? Well it is only that, a picture. You see Barry Riva exists on a shutter stock account. His image has simply been used to promote a scam. We are quite sure that the model who has been named Barry Riva for this purpose dies not know how low his image has sank.

Yes we can confidently answer that question. Barry and Michael are selling a fraud. Michael also does not exist. He has been made up. The name Google has been used to simply cheat you that you’re dealing with the big fish but truth is before you know it, you will be left $250 poor. Other recent scams you should avoid are Guaranteed Money System, Profits Ball and CFD Society

There are genuine auto trading platforms but when it comes to Top 10 Profits, things just don’t add up. We advice our readers and their friends not to dare indulge these con men in anyway. If you had already subscribed to their notifications kindly unsubscribe. Money is not something to play with.

Verdict: Top 10 Profits is a scam. We therefore advise that not none of our readers use the software.