Undisputable Cash Formula Review: Tim Stafford is just out to steal your money

Developed by  a guy called Tim Stafford, The Cash formula  scam seems to have  had all the money to spend on a high quality website, luxury cars, villa and yacht all aimed at tricking unsuspecting members of the public into depositing their hard earned money with their dummy app. Despite what you want to believe , CashFormula is a deadly scam that you will want to avoid by all means. In my scintillating and in-depth  review, you will soon find out  that cash formula is all loaded with hype, unfounded claims ,outright lies and other complicated scam features

As the main character in the video presentation, Tim Stafford claims to be the founder and  a millionaire who made his fortunes from this cash formula software. The story goes on to say that this formula software was gifted to him by a friend mentor a few years ago via a flash disk. Further inside this flash disk contained  the files for this magic system which were allegedly owned by a Cartel of very rich people who shelled out a lot of money to the mainstream banks in wall street in exchange for this code files to get a big advantage and control over the market forecasts before anyone else. Doesn’t it sound like a hell lot of a Hollywood fairly tale?

On top of that, Stafford claims that for the past five years he has been secretly assisting ordinary folks to make money using his magical cash formula and that this software is already responsible for billions of $$ of pure profits to it its members. As if this is no enough, this moron and loser millionaire boasts  that his auto trader works by finding the hottest markets generating most money, follows the ‘money  wave’ and then exploits these markets for maximum profits. 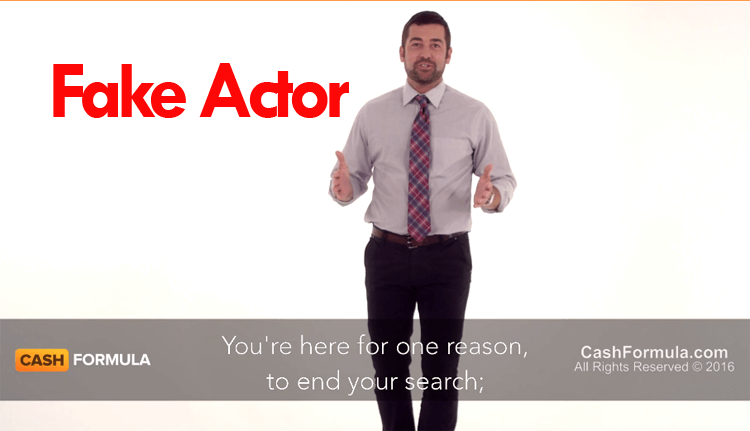 On top of this, the software has the power to know when the markets are about to cull and crush over and this is the main reason why you are guaranteed to make atleast $20k daily and become a millionaire as well

While all this sounds and feels like good music to your ears, I have to say Cash formula is not a genuine trading service at all. First there is no way you are going to make that kind of money in a day from a dummy trading software such as his. Even if this were possible, you will need to invest a hell of a lot more money than just $250 which is given as the minimum. I have also to warn you that binary trading or any sort of online trading requires extensive knowledge and experience besides a trading bot and experts traders always caution traders to only trade with money you are prepared to lose and exercise caution at all times

If you are not yet convinced that Cash Formula by Tim Stafford is not a scam, then you need to pay close attention here because his company Cash Formula Company is a fake. There is no company that goes by that name and you can do a search on Google to confirm if this is so.  All this indicates that Cash formula system and auto trader is nothing but a rip-off and money stealing heist aimed at draining your trading account the moment you deposit any many into it. 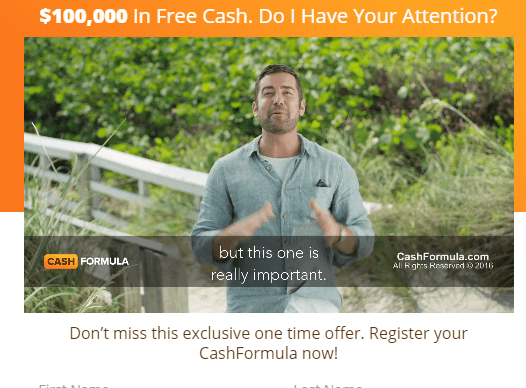 Another red flag that confirms the Cash Formula scam is a dishonest services pertains to the many beta testers who are claimed to have made a  lot of money in just five months but the sad truth is that no one can validate this since there are no details about them. The reason there is no info about them is because they are all actors. Secondly I wonder which system they were using since the domain for cash formula website was only registered lately.

Conclusion from my Cash Formula Review

Cash Formula is a pure textbook example of how  to operate a scam and get caught easily. You can tell from the beginning that Cash Formula is a typical scam full of luxury cars, villas, expensive wines and the yacht; features which were so present in most of the scams that we featured last year. This sales pitch has been creative with some aspects but at its core its nothing more than a dirty scam to steal your money

Verdict: Cash Formula by Tim Stafford is a Clueless Scam you need to avoid.

Hopefully you have seen this post and video before joining these scammers and I have saved you some money. Don’t forget to SHARE this post to save others from getting caught by these scammers.

Make sure you also check out my full scam list and also the few systems I trust after trying them personally. Trusted Signal List